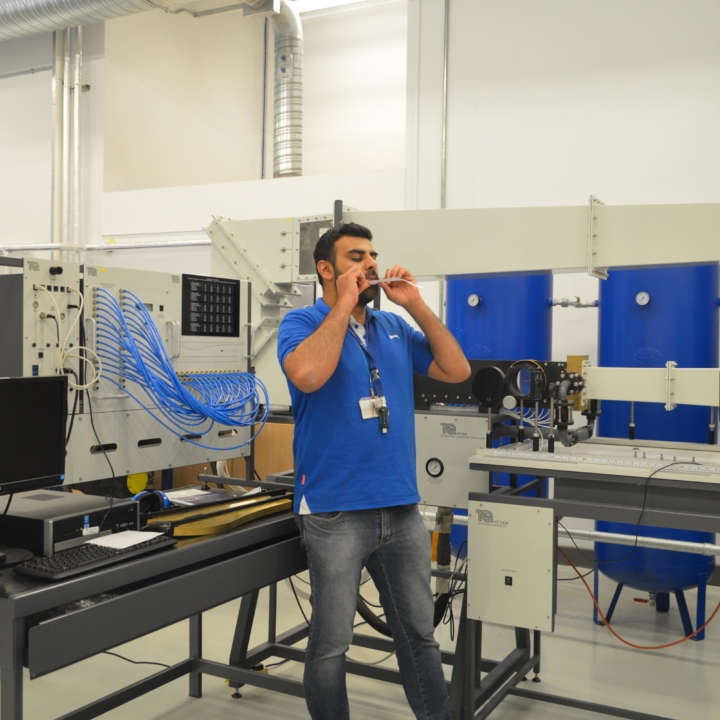 Solihull College and University Centre recently introduced an Aerospace Engineering and Maintenance Degree. A new facility was created, which required a substantial investment in specialist aeronautical educational equipment to teach everything from the basic theory of flight looking at drag and lift equations through to more advanced topics that look at boundary layers, pressure distribution and wake investigations. This was part of a £2.5m spend on the aviation and aeronautical facilities at the Woodlands campus of Solihull College and University Centre.

“After inviting companies to bid for the new equipment, we selected TecQuipment based on the premium specifications, competitive price, and reputation for quality of service supported by the excellent pre-sales experience,” commented Paul Matthews, Senior Lecturer and Coordinator at Solihull College.

Teaching Fundamentals of a Jet Engine

For teaching students how single shaft gas turbines on aircraft work, the College purchased a GT100 Turbo Jet Trainer. Powered by Kerosene, students can accurately replicate the behaviour of a single-shaft gas turbine that would be used in aircraft. The self-contained design allows students to learn the following:

In addition to the BSc degree course, Solihull College also offers a HNC in aircraft maintenance, and a HND.

Salman Javed, Aerospace Lecturer at Solihull College explained “Rather than the BEng version of an aerospace engineering degree that focus on the design of aircraft, the BSc is designed to be more-hands on. This focus means that practical experiments play a greater role in the learning process.”

The aerodynamics lab has an array of different pieces of apparatus for teaching all of these courses.

For teaching the foundations of aerodynamics, Solihull College purchased an AF1300 Subsonic Wind Tunnel. This is part of an extensive range of wind tunnels available from TecQuipment for teaching aerospace engineering students. The AF1300 Wind Tunnel sits in the middle of the TecQuipment wind tunnels range, is compact enough to be moved around on wheels, and yet has the functionality to allow students to perform experiments to understand the following:

For more advanced understandings, the College added an AF300 Intermittent Supersonic Wind Tunnel to their laboratory. At the easier end of advanced theory students can learn about nozzle pressure distribution, analyse Mach numbers and then use the Schleiren apparatus to measure and visualise pressure and shock waves on a model.

TecQuipment offers two supersonic wind tunnel options, the Intermittent and Continuous Supersonic Wind Tunnel. For budget, easy lab set-up and result accuracy reasons, Solihull College opted for the Intermittent Wind Tunnel, which stores compressed air in tanks - in this case a line of three tanks, which induces a flow in the working section of the wind tunnel. This controlled air supply provides a more stable flow of air with filters and air dryers for accurate results that can be captured in a 5-10 second window. Once the experiment has run, the air tanks will refill for 3-5 minutes and then be ready to run an experiment once more.

The Schlieren Apparatus allows students to see density gradients as variations in intensity of illumination, see for themselves supersonic air flow around models, plus shockwaves and expansions. A series of mirrors and lenses allow the student to see the results as they happen, while a digital camera records them for later reference. The recording functionality is particularly useful when sharing the results with a group of students.

Watch the video below for more...