TecQuipment has a strong culture of nurturing young engineering talent. Josh Sisson who started his working life selling goods on a market stall is on the path to becoming a design engineer backed by TecQuipment.

Straight out of school, Josh decided to go into music production, doing a three-year Music Technology and Live Sound course. Two years in, he realised that jobs were sparse in the music industry and began considering more practical options that would provide a stable and secure financial future. By chance his friend’s father, manager at a local engineering company offered him a job picking and packing. Once more by chance, a vacancy came up in the machine shop and Josh was quickly trained to work on the milling machines. Recognising his talent, within a month the company offered him an Advanced Apprenticeship in CNC Machining.

Part way through his apprenticeship in 2014, Josh was approached by TecQuipment to join the CNC team. For the next year Josh worked on day release finishing up his third year of the apprenticeship. During a recent appraisal, he and his manager had concluded that the natural next step would be for Josh to do a HNC in Mechanical and Manufacturing Engineering, which he immediately then went on to do the additional top-up year for the HND qualification, of which he accomplished both with distinction in Spring of 2017.

Taking a breather from education, Josh was offered a role as a CAD technician here at TecQuipment, splitting his working week between modifying and creating CAD files in SolidWorks with operating and programming in the machine shop on the Mazak, Haas and Bridgeport CNC and milling machines. Not much time passed before Josh was enquiring about the next step – a degree.  In September 2018 Josh will begin a Mechanical and Manufacturing Engineering degree at Derby University. During the two-year’s proceeding, funded by TecQuipment, Josh will attend university one day of the week from 9am to 9pm and for the other four days continue working as a CAD technician at TecQuipment’s HQ in Bonsall Street, Long Eaton.

“My career at Tecquipment has been continuously keeping me engaged in my work. Their support and investment into my education has been outstanding and well received, I’m very grateful for what they have offered me and the positive impact it’s had on my life.”
Josh Sisson
TecQuipment 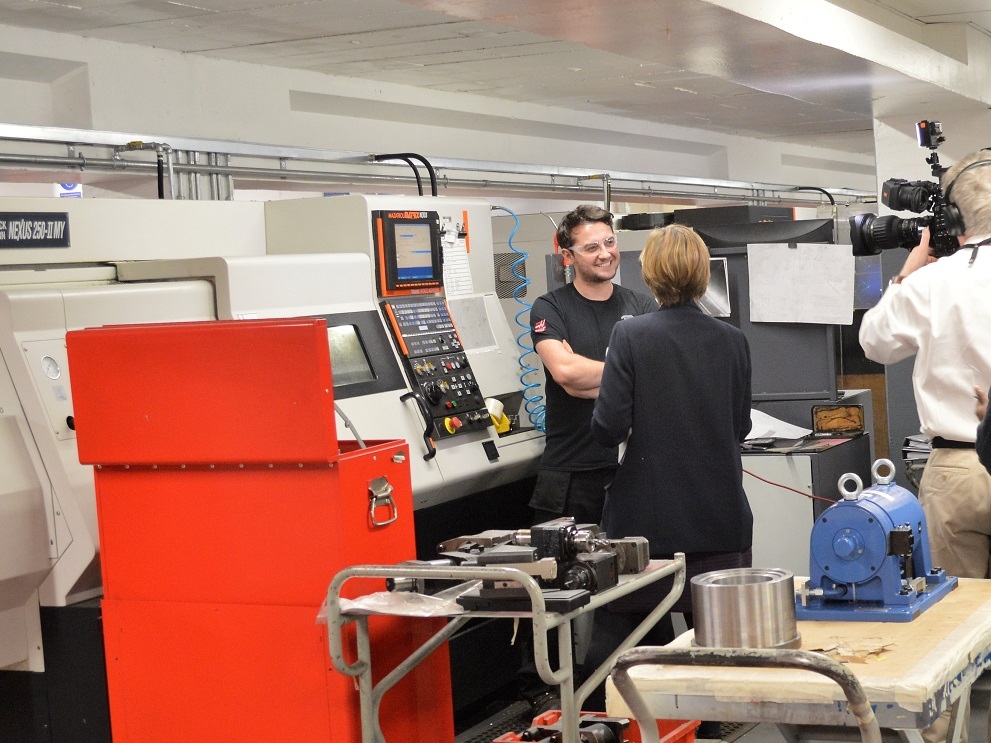